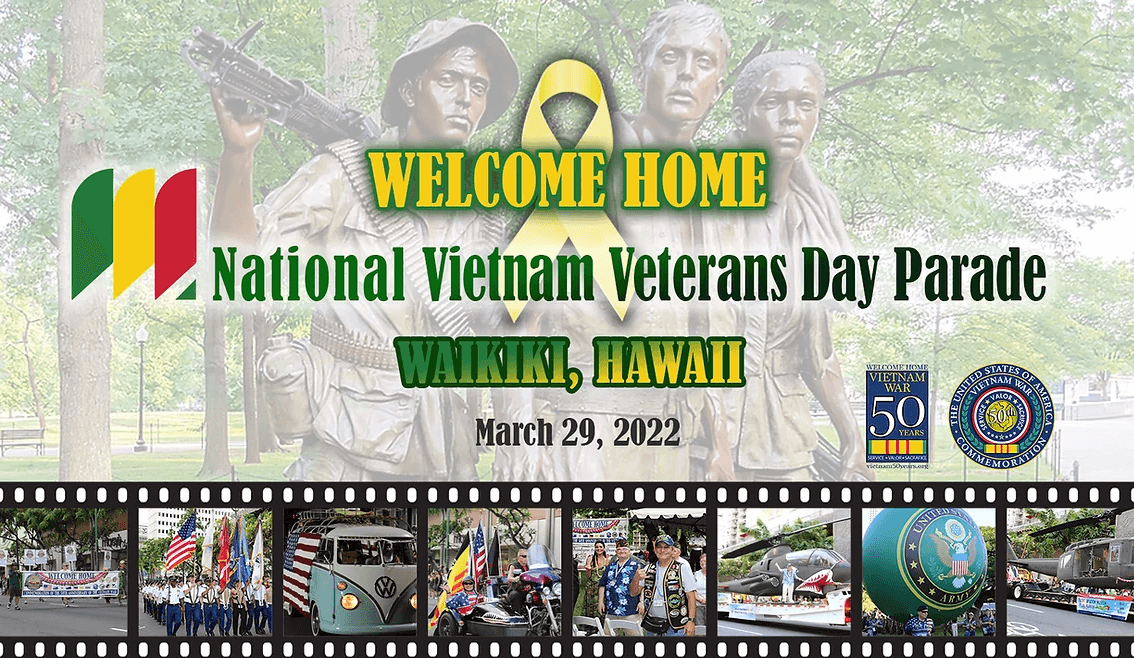 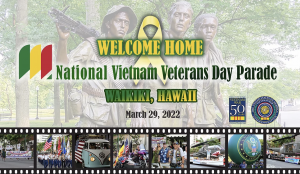 1630 – Ceremony begins.  Ceremony will conclude with the playing of the Armed Forces Medley, featuring all of the service songs.  The music will be performed by the MARFORPAC Band and bands from the mainland.

1730 staging begins on Kalakaua Ave and Saratoga St.  IMPORTANT – Kalakaua Ave closes at 1730.  Parade officials will be on hand to direct parade entrants to their staging location.

We are planning to have three Waikiki Trolleys available to carry Vietnam veterans and wounded warriors in the parade.  The Trolleys will be staged on Kalakaua Ave following the ceremony.

On behalf of Historic programs thank you all for your fantastic support.  Our Vietnam Veterans deserve our best effort!  You have all helped make this a special day for our Vietnam veterans.

To register for this event email your details to michael.higashi@rapidteksolutions.com